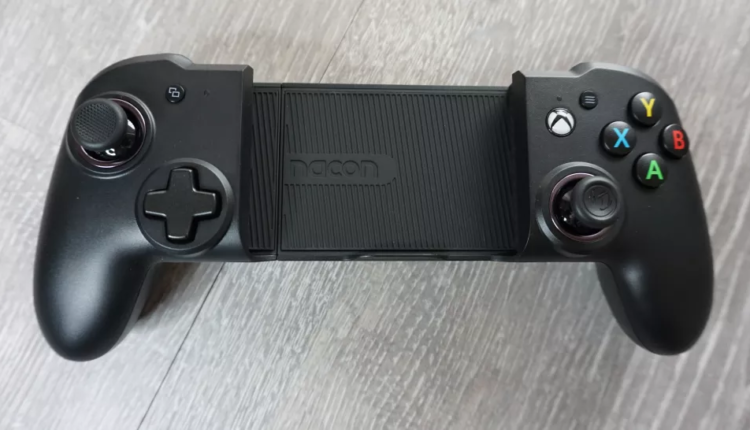 Even before the launch of the Xbox Game Pass, having the best mobile gaming controller was critical for mobile gamers. There are a lot of great Android games that can be improved with the help of a controller, and who really enjoys using on-screen controls? Nonetheless, if you’re looking for a new controller to elevate your mobile gaming experience, we’ve got you covered with the best Android controllers.

The MG-X Pro mobile controller from Nacon is a force to be reckoned with, combining the best aspects of other controllers on the market with the ergonomic grips of an Xbox or PlayStation console controller. Because why fix something that isn’t broken? That design has been proven to work, and it complements the Nacon MG-X Pro perfectly.

We noted in our review that its weight distribution felt nice, keeping it from being too heavy in one area like other competitors on the market and that its face button layout allowed the buttons to breathe rather than being smushed together. This all contributes to a much more comfortable grip and prevents your hands from cramping after extended periods of use.

The MG-X Pro’s Bluetooth connection allows it to support a wider range of phones, including foldable ones like the Galaxy Z Fold 3. This also allows players to use it with their phone cases so that even though it already has a secure hold, there is that extra peace of mind with added protection. With 20 hours of battery life, it’s difficult to overlook the MG-X Pro.

Pause for a bit, Are you in need of an online emulator? why not try ours.

A common complaint about Android gaming is that phones can become extremely hot very quickly. It may not be a big deal if you use a controller and ignore the heat, but that doesn’t solve the problem. Enter the Gamesir X3, which has a built-in cooling unit on the back that makes a noticeable difference while producing very little noise.

Aside from the cooling fan, it looks almost identical to Gamesir’s previous X2 model. The X3 is different this time because, instead of Bluetooth and USB-C models, it only has a USB-C connector. As a result, it has a more reliable connection and less input lag. While the USB-C connector on the Gamesir X3 can be adjusted about a centimeter up or down, making it easier to mount a phone and fit phone cases, it also limits the number of phones with cases that are compatible.

The fact that it must be plugged in for the fan to work limits the number of times it can be used effectively, and its thumbsticks are still far too small for most people. Thankfully, the X3 comes with some thumbstick covers, because I doubt I’d use the X3 as much if they didn’t.

Many game developers took over the Play Store with phones that outperformed many computers in terms of specs. For starters, consider Call of Duty and Fortnite. If you want to use your phone as a controller, you shouldn’t have to deal with a third-party plastic clip. You can turn almost any smartphone into a Nintendo Switch with the Razer Kishi, and you don’t have to worry about Bluetooth connectivity slowing you down.

In our review of the Razer Kishi, we discovered that it hits almost every mark you could want in an Android game controller. With cloud gaming becoming more popular, you’ll be glad to know that the Kishi is one of the controllers recommended for use with NVIDIA’s GeForce NOW streaming service. Perhaps the best part is that the Kishi never needs to be charged because it connects directly to your smartphone. There’s even a pass-through USB-C port in case you run out of power.

While there aren’t many complaints about the Kishi, Razer did miss the mark in a few places. Notably, you will not be able to use the Kishi to play computer games. Furthermore, the USB-C pass-through port can only be used for charging, so unless your phone has a 3.5mm headphone jack, you won’t be able to plug in some headphones.

View at Microsoft US

With the Razer Kishi V2, Razer improved on its already fantastic Kishi controller, taking what it had learned over the years and fan feedback into account to create a product that felt much better to use and hold. Though its thumbsticks are disappointing, and its solution to fit more phones with rubber inserts doesn’t always work, it is still a significant improvement in many ways.

During our time with the Kishi V2, we discovered that the buttons were clicky and responsive, providing the type of tactile feedback you’d expect from a premium Android controller. Similarly, the D-pad is near-perfect, and the textured grips on the back make it much easier to hold. Mounting phones has also become much easier thanks to its spring-loaded design.

The Razer Nexus app, which serves as a hub for all of your mobile gaming needs, is what makes it really interesting. Its buttons can be remapped here, and players can browse catalogs of compatible games. Despite its flaws, many people will likely prefer the V2 to the original Kishi design.

Suffering from Muscle Injuries? Here’s the Guide to Choosing a Good Physiotherapist

How Storing and Retrieving Records For Long-term Storage